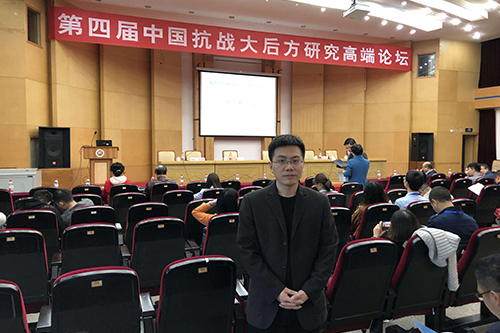 Associate Professor Geng Mi of the Department of Ideology and Politics of our college submitted a paper entitled "Observation and Response to Grassroots administration of officials in the Rear Area during the Anti-Japanese War Period of Chuankang Construction Period" and gave a group presentation. In his speech, Associate Professor Geng Mi, from the perspective of the Chuankang Construction Periodical Committee under the National Participation Council, interpreted various problems in the governance of grassroots officials under the Kuomintang rule, and analyzed the main reasons for these problems.